Khodasevich: The Poet Dissolving in Acid 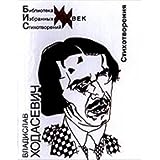 Whitman is too great a poet for us to treat him with kid gloves. Since hes in no danger of being neglected or underappreciated, I think its important to continue acknowledging his absurd jingoism, a disturbing feature throughout Leaves of Grass. The Drum-Taps section celebrates the bloodshed of the Civil War with monotonous patriotic zeal. Characteristically, it proclaims: Ill pour the verse with streams of blood / With the banner and pennant a-flapping. Whitman loves the idea of the Union preserving itself through violence: No longer let our children deem us riches and peace alone, / We may be terror and carnage, and are so now... Later, after dealing directly with wounded and dying soldiers, Whitman becomes less exuberant about slaughter per se, but even more extreme in his hysterical praise of the United States, perhaps most embarrassingly in the carol of victory that he offers us in his post-war shaping of By Blue Ontarios Shore.

The artistic rationale for all this noisy flag-waving is Whitman's mawkish idea that American democracy recognizes on a political level the unity and importance of all individuals everywhere, a conviction that's central to Whitman's verse. When Whitman is on a roll -- during the best parts of Lilacs or Song of Myself -- no other poet is as good at capturing the mystical oneness he believes we hold with each other and with the world. Whitman feels connected to every person who has ever lived, every animal and rock and weed, everything around him and beyond him. This is his special glory. Who else has been half so inspired in fulfilling Forster's command that we must only connect?

Yet as Whitman's warlust demonstrates, there's good reason to be skeptical of some of those connections. It's not a matter of rejecting Whitman, but of admitting that his strengths can be the flipside of his weaknesses. And on this particular flipside, where our connections with others are sometimes problematic or destructive, we could do worse than to read the Russian poet Vladislav Khodasevich.

Khodasevich came out of the Silver Age of Russian literature, the years running from the start of the twentieth century and bleeding into the early Soviet era: a period when Symbolists like Bely and Blok harped on their determinedly mystical vision of the world. In Bely's Petersburg, for instance, the Symbolist vision is as exhilarating and occasionally absurd as Whitmans own brand of mysticism. (One big difference, though, is that Bely has a sense of humor about his fixations, and makes comedy and parody part of his method.)

Khodasevich stood slightly apart from the other Symbolists, and his separation from them widened over the years. For English speakers, the terrific David M. Bethea biography, Khodasevich: His Life and Art, remains the essential work. It's still the best place not only to start learning about Khodasevich's background and experiences but to find a large number of translations of his verse.

Khodasevich had a complex relationship with Symbolism. As he explains in his memoirs, he shared deeply in the Symbolist view that [e]very event, beyond its obvious meaning, acquired a second meaning which was necessary to interpret. Yet to a startling and ever-growing degree, Khodasevich was obsessed with the separateness of this secret world of meaning, and with the difficulty of reaching that world. In his breakthrough collection, Grain's Way (1920), he writes (all the translations are Bethea's):

Step over, jump over,
fly over, cross  however you like 
but break loose: like a stone from a sling,
like a star falling in the night...
you lost it yourself  now look for it...

The possibility of transcendence exists here, but it has been lost and needs to be recovered. Grain's Way, as a sequence of poems, sees the recovery in cyclical terms, loss followed by gain, almost a seasonal process. Indeed, throughout his career, the possibility of the return of transcendence never fully abandons Khodasevich's verse. Even among the much more pessimistic poems of his next collection, The Heavy Lyre, the remarkable Ballada dramatizes his continued belief in reaching the mystical world beyond. The poet feels the objects in his circular room move around him until he begins to outgrow himself, advancing with steps into the subterranean flame, / with brow into the fleeting stars. Yet he's already isolated, trapped by the stale, beggared paltriness of his hopelessly closed life, and it's no longer clear how his moment of transcendence relates to what hes leaving behind. I've written earlier about some of the references to Ballada in Pale Fire, and The Heavy Lyre includes another poem, The Swallows, which obviously contributes to Nabokov's celebrated opening: I was the shadow of the waxwing slain / By the false azure in the windowpane. Khodasevich describes a pair of swallows trying but failing to pass through a window:

...in vain two swallows are bursting to get out,
darting at the window with a faint chirp.

One cannot puncture with a sharp-angled wing
that transparent but sturdy membrane over there;
nor can one, with a tiny bird's wing or
a captive heart, flit there.

In Whitman, the poet's communion with the world is ecstatic, even orgasmic. He recognizes no barrier between himself and others, or between the natural and the mystical. His mysticism is instead contained within the tangible, which is why his verse becomes more exhilarating the more he observes everything around him. He proceeds through joy and excitement. With Khodasevich, however, the transcendent can't be reached by any pleasurable effort: the swallow's wings and captive heart are unable to pass through the glass. Only suffering and human devastation offer even the promise of spiritual revelation:

Till all the blood has come out of your pores,
till you have cried out your earthly eyes,
you won't become spirit. Wait, looking point blank,
as the light splashes without covering the night.

In the later Khodasevich poems, the world is often a place of torment. Worse, over the years Khodasevich becomes less and less certain about whether the torment will lead to the dark release that The Swallows suggests or merely to the bleakest destruction. In The Automobile he imagines a car that devours everything that simply falls / under the black shaft of its rays... Once the car has passed, the poet is left with the knowledge of permanent diminishment:

Here a world stood, simple and intact,
but ever since that other is on the road,
in my soul and world are gaps
as though from spilled acid.

By the time of his final collection, European Night from 1927, his awareness of his collapse has sharpened, driving the hope of transcendence into nearly complete retreat:

And in this life dearer to me than
all harmonious beauties
is the shiver running along my skin
or the cold sweat of terror,

or the dream where, at one time whole,
I, exploding, fly apart,
like mud splashed by a tire
along the alien spheres of being.

After European Night, Khodasevich lived another twelve years, but he stopped writing verse and felt he had lost his ability to ever take up poetry again. The biographical record is, as always, incomplete, but he seems to have felt cut off from the Soviet literary community, which completely rejected him after he left Russia in 1922. In addition, he felt equally cut off from most of the Russian literary community in Paris, and experienced his life abroad as a debilitating separation from the sources of his creativity. Where Whitman wrote out of unbreakable certainties about his relationship to his country and his beliefs, Khodasevich was shaken from his national place and from his particular community of Russian poets. In the end, he found many of his personal, literary, and philosophical convictions dissolving in the corrosion of his alien environment. His measure is that, through his verse, he brought as much artistic perceptiveness to his desolate, discouraging vision as Whitman did to his much more invigorating one.